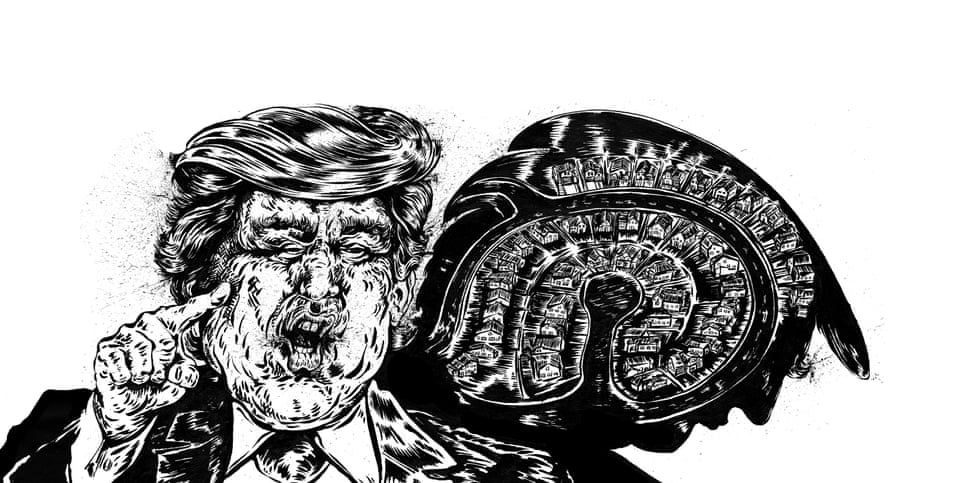 /discuss
we are, what we allow to occupy us..

I wanna quote the fuck out of this article because it is so good. Will do when there is access to the lappy.
Once was lost and now am lost; was blind but now I smoke

I read all of this.. what I take from it is not so much that how the media is stating that all working-class Americans are supporters for Drumpf. But that just in general the way that poor folks, the white trash, the rednecks, hillbillies, those from Appalachia are in fact portrayed by the media to be something that they are not.

I can see that, as someone who would fall into that poor-working-class (and oh so white), there are very few news stories about my culture. According to most folks, those who are poor and working class are well as racist as the Grand Wizard at a KKK meeting. That is as far from the truth as one can get. All they see are people who are poor, who does not deserve their time and efforts because many think that those who are poor-working-class have nothing to offer to anything. Yet it is these people who are cleaning condos, working factory floors, running cash registers at Walmart for 10/hr. They still hold nothing of value other than the perceived notion that journalist thinks that they understand about living like this.

I currently live in a very poor area, there are a lot of Drumpf supporters. Those who are currently supporting Drumpf are not the poor-white-working-class. Instead, it is those who have good paying jobs, that those who do not are just lazy and if they worked harder then they too can become successful. All I can think about is Arbeit Macht Frei - Work will set you free. According to them, that is what will bring forth freedom. There is no way out, there is no freedom. There is only work. You are destined to work until you die. This is the truth for kids who are born into poor-working-families.

Then there is also this...

When On the Media host Brooke Gladstone asked Isenberg, earlier this year, to address long-held perceptions of poor whites as bigots, the author described a conundrum:“They do subscribe to certain views that are undoubtedly racist, and you can’t mask it and pretend that it’s not there. It is very much a part of their thinking.”

That somehow because I am poor and white, that I am somehow a bigot and that it is somehow a part of my thinking. Which is just as wrong as me thinking that just because you have money that you are some high-mighty-bitch (aka the Mrs. West). I know many a poor white person, far from many being racist.

Hey, they can think what they want. I'm just going to sit in my mobile home here in Eastern North Carolina, one of the country's most economically depressed areas, where people tend to forget that people live and work here. While those who live in the Western part of the state can sit back and judge the poor, uneducated, white and black folks who chose to live here. Here in Eastern NC, there are whole communities of black folks, who are just as hard working as white folks, but even they are portrayed in the same light, lazy, racist, and uneducated who do not know what is good for them, but that is cool, the rich white folks in Raleigh will tell them/us how to act and live, so we too can be like them. This view on poor-working-Americans has only gotten worse since the flooding.

I found this book.. which is in fact linked in the article - White Trash: The 400-Year Untold History of Class in America

In this book.. she states that North Carolina was the first white trash colony. This is because it is mostly swamp and there is no real port. She is not wrong, there is no real port despite the lack of sounds and rivers that would provide ample protection to many ships. This just hit home for me.. cause I was born and raised here in NC.

In “White Trash,” Nancy Isenberg joins a long list of historians over the last
century who have sent Sombart’s theory crashing on the shoals of history. The
prolific Charles and Mary Beard, progressive historians in the first third of the 20th
century, reinterpreted American history as a struggle for economic power between
the haves and have­nots. W.E.B. Du Bois interpreted Reconstruction as a great class
rebellion, as freed slaves fought to control their own working conditions and wages.
Labor and political historians in the 1970s and 1980s recovered a forgotten history
of blue­collar consciousness and grass­roots radicalism, from the Workingmen’s
Party in Andrew Jackson’s America to the late­19th­century populists of upcountry
Georgia to the Depression­era leftist unions of the Congress of Industrial
Organizations. Historians of public policy, like the influential Michael B. Katz,
emphasized the persistence of notions of “the undeserving poor,” an ideology that
blamed economic deprivation on the alleged pathological behavior of poor people
themselves and eroded support for welfare programs.

Users browsing this forum: No registered users and 35 guests